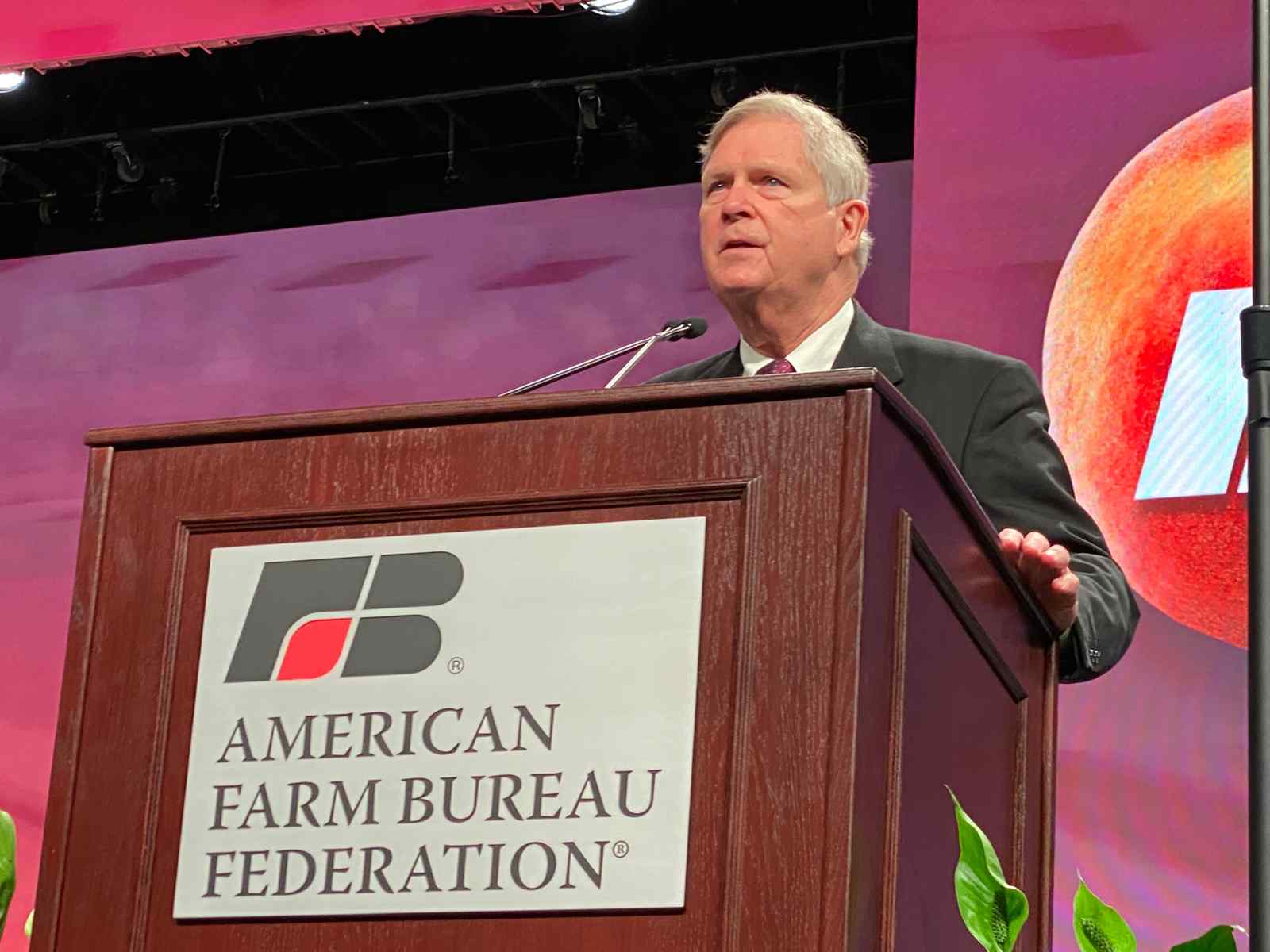 He began by talking about agricultural exports, a hot topic over the past few years, pointing out that about 30 percent of what is grown in the United States is exported.

“It sends a strong message about the incredible productivity of American agriculture that we can continue to export,” Vilsack told the gathering. “But I will tell you, I think it’s important for us to build a sense of trust across America about the important role that trade plays. And that’s why it important, I think first and foremost, to send a message to farmers, ranchers and producers, and also to the American public that we’re going to enforce the agreements that we have.”

Even among key players in the agricultural community, there remains many questions about where trade stands with China, as the purchase commitments made by China under the “Phase One” trade agreement expired Dec. 31, 2021. Vilsack reinforced the Biden administration’s desire to continue to work with China to encourage them to buy more U.S. agricultural products.

“That’s the first step in this process of rebuilding trust about trade, and I think it starts with China,” Vilsack said. “I mean, we all know and appreciate the fact that we have a Phase One trade agreement with China.”

He added that while sales of U.S. agriculture products increased “Our Chinese friends were about $16 billion light over what they committed to purchase.”

Vilsack said U.S. Trade Representative Katherine Tai will travel to China to continue to urge the Chinese to honor their commitment, and also to remove sanitary and phytosanitary barriers they have yet to act on as part of the deal.

“We’re going to continue to press China on the need for complete enforcement and complete implementation of this trade agreement,” Vilsack said.

Aside from China, Vilsack touted steps the administration had taken to break down trade barriers with other countries in recent months.

“Recently, we announced the opportunity to reopen pork sales in India, which is a huge market opportunity and, certainly welcome news,” Vilsack told the gathering. “We are looking forward to the fact that we are going to benefit from reduced tariffs in a place like Vietnam, where they recently reduced tariffs on corn, wheat and frozen pork, allowing our products to get into that that growing market opportunity and sending a message that we’re going to diversify beyond our reliance on China in our Asian markets. And we’re looking forward to the opportunity to once again, be able to sell our potatoes into Mexico as we move forward on an agreement.”

He also addressed the recent ruling against Canada, which was using a system of tariff-rate quotas to benefit Canadian dairies over U.S. dairy exports.

“That should be good news for our dairy farmers here in this country,” Vilsack said. “It’s a continued effort by this administration to enforce agreements and to rebuild a sense of trust.”

Vilsack also talked about domestic issues, beginning with the USDA’s work on the Wildfire and Hurricane Indemnity Program Plus program, which provides payments to producers to offset losses from hurricanes, wildfires and other qualifying natural. WHIP+ covers losses of crops, trees, bushes, and vines that occurred as a result of those disaster events, milk losses due to adverse weather conditions, and losses to on-farm stored commodities.

“It was important for the administration to work with Congress in getting the WHIP+ program passed and implemented with an additional $10 billion,” Vilsack said. “We’re working now at USDA to simplify the process for application. We think there are opportunities to utilize existing data whether it’s from crop insurance or whether it’s from our livestock indemnity programs and forage program. We know who has suffered and who has incurred losses, so we’re looking for a simplified way to get resources out under that WHIP+ program, and we can anticipate and expect those proceeds to get out, hopefully in the first quarter of 2022.”

A major focus of the USDA under the Biden administration, and a big topic of discussion at this week’s Farm Bureau convention has been about conservation and environmental sustainability, and Vilsack highlighted a new relationship with Partners for Soil Health and a $38 million program announced Monday by the USDA to encourage the planting of cover crops and other conservation steps in 11 states (Learn more about it here) https://www.nrcs.usda.gov/wps/portal/nrcs/main/national/programs/financial/eqip/.

“We know that you all are on the cutting edge of utilizing precision agriculture ways in which you can do a better job and become even more productive, but to do that, you need technology,” Vilsack said. “That’s why it was important for us to get the bipartisan infrastructure built.”

Another key discussion at the convention has centered on carbon markets. Vilsack told the group he believes the USDA’s role is to partner academia to conduct studies, but that carbon markets should be left to private industry.

“What (the federal government) can do is create demonstration projects and pilot projects where groups of farmers can come together, where we can provide the resources to reduce any financial cost associated for the farmer in embracing these climate smart agricultural practices,” Vilsack said. “We can work with land grant universities and others to measure and quantify and verify the results and put farmers in a position to be able to say to the marketplace, we can demonstrate the capacity of American agriculture to meet the demand for climate smart, agricultural the foods, and to do it in a way that allows farmers to capture the value added and to be able to qualify for any private sector markets, whether it’s carbon markets or water markets or wildlife markets that might be available.”