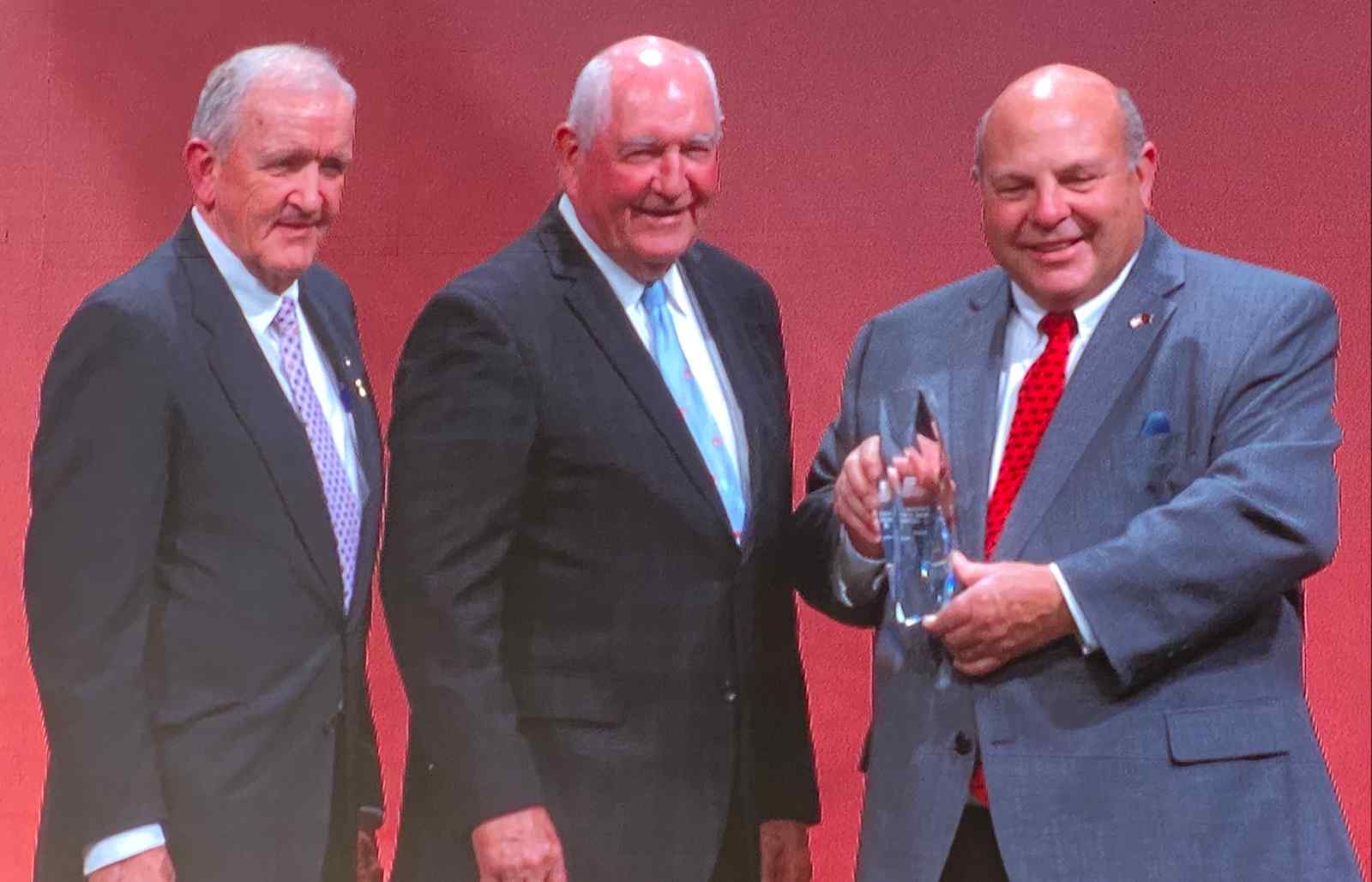 Perdue served as secretary of agriculture from 2017 to 2021. During his tenure, he led USDA’s implementation of the 2018 farm bill, launched the Market Facilitation Program to provide financial assistance to farmers during trade disputes, developed the Coronavirus Food Assistance Program and the Farmers to Families Food Box Program during the COVID-19 pandemic and oversaw the creation of ReConnect, a rural broadband initiative.

In presenting the award, Farm Bureau also noted Perdue’s collaboration with leaders at other federal agencies to improve the H-2A program and secure farm labor during the pandemic. He also represented U.S. agriculture during negotiation of the World Trade Organization Phase I trade agreement with China and the U.S-Mexico-Canada Agreement and other foreign trade pacts.

“Growing up on a diverse family farm gave me an early appreciation for hard work and doing things the right way,” Perdue said in a news release.” From early mornings milking dairy cows to harvesting watermelons, to the challenge of planting a straight row before GPS, my experience as a young person gave me a respect and gratitude for the men and women who dedicate their lives to nourish others. That is why I was so humbled and honored to serve this selfless agricultural community as secretary of agriculture. American Farm Bureau was an amazing partner in that service. I thank American Farm Bureau for granting me this honor and I thank American farmers, ranchers and producers for the incredible work they do on a daily basis.”

Prior to leading USDA, Perdue was a two-term governor of Georgia and spent 11 years in the Georgia Senate, during which time he also looked out for the state’s agricultural interests.

“Gov. Perdue is a true leader for Georgia and U.S. agriculture,” To McCall, president of the Georgia Farm Bureau, said in the release. “His dedication and investment to our industry will have a long-lasting impact on our nation and the world. Sonny is deserving of this honor.”