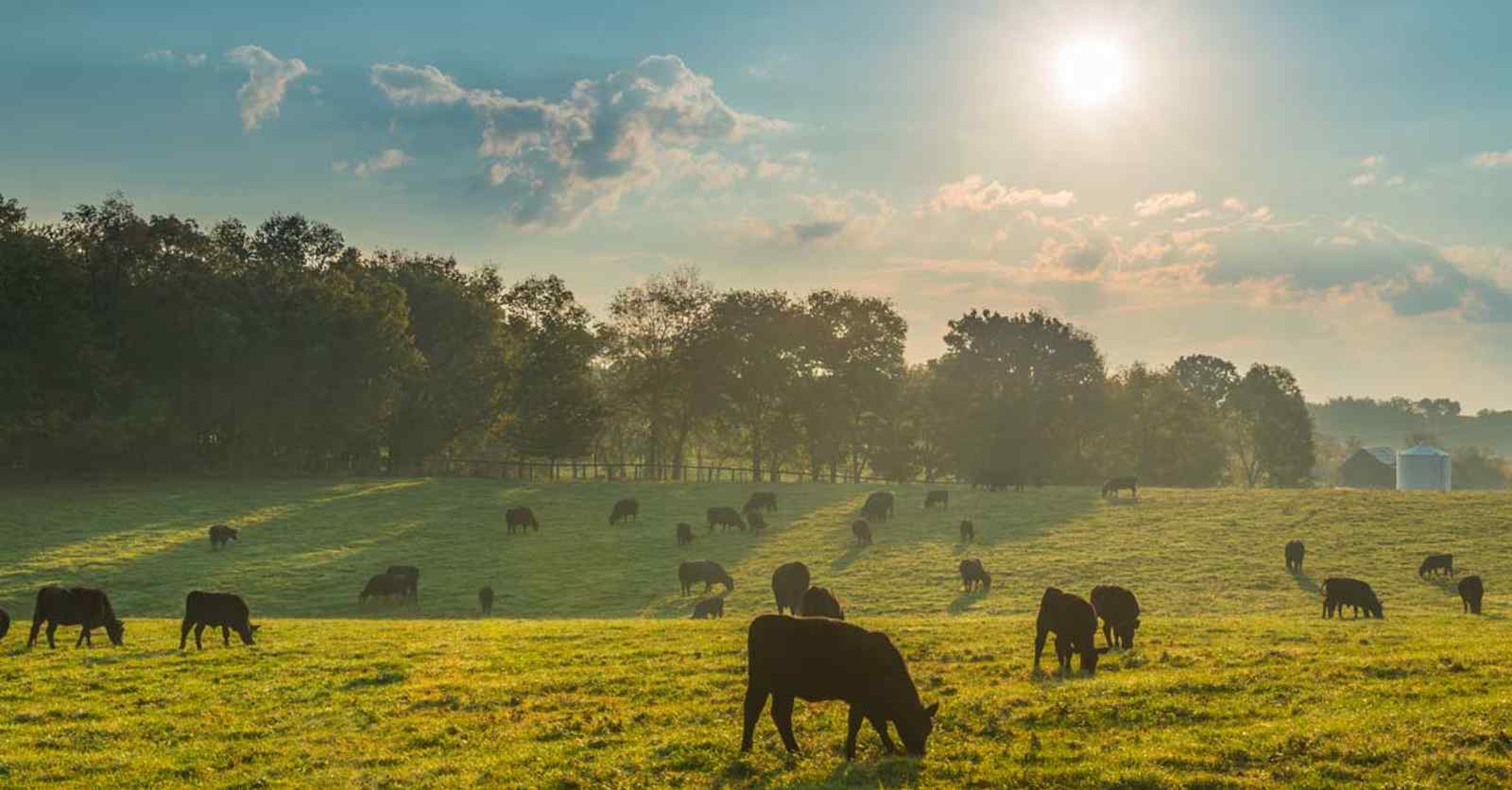 The World Agricultural Outlook Board (WAOB) released the World Agricultural Supply and Demand Estimates (WASDE) for April 0 2022. The report covers the forecasts for supply and use of the US in the world of wheat, rice, coarse grains, oilseeds, cotton, sugar, livestock, poultry, and dairy.

The recent military activity by Russia in Ukraine has heightened the level of uncertainty in agricultural supply and demand in the region and globally. The April 2022 WASDE Report below is an ongoing assessment of the short-term impacts as a result of this action.

Exports are lowered to 15 million bushels from 785 million as the U.S. remains uncompetitive in most markets and exports would be the lowest since 2016. Projected 2022 ending stocks are raised from 25 million bushels to 678 million but are still 20% lower than last year. The projected season-average farm price (SAFP) is raised from $0.10 per bushel to $7.60 on NASS prices reported to date and expectations for cash and futures prices for the remainder of 2022. This would be the highest SAFP since 2013.

Supplies are increased from 0.7 million tons to 1,069.5 million on a combination of higher beginning stocks for Pakistan, Brazil, and Saudi Arabia and higher production for Pakistan and Argentina more than offsetting lower EU production. The projected 2022 world consumption is raised 3.8 million tons to 791.1 million primarily on higher food, seed, and industrial (FSI) use in India.

The projected 2022 world ending stocks are lowered to 3.1 million tons from 278.4 million with India accounting for most of the reduction that is only partially offset by higher EU stocks. Global stocks are projected at a 5-year low.

Based on the January data from the Grain Crushings and Co-Products Production report and the weekly ethanol production February data as reported by the Energy Information Administration, the corn used for ethanol is raised to 25 million bushels from 5.350 billion.

Exports are raised to 75 million bushels from 2.500 billion, due to the projected expectations of sharply lower exports from Ukraine. The projected season-average farm price is then raised from 20 cents to $5.65 per bushel.

Corn exports are raised for the U.S. and India but reduced for Ukraine while the imports are lowered for Egypt, Algeria, Turkey, Israel, India, and Bangladesh. Barley exports are raised for Australia and Canada but are also reduced for Ukraine. Foreign corn ending stocks are higher, mostly reflecting increases for Ukraine, India, and Russia that are partly offset by reductions for Argentina, South Africa, and Bangladesh. The global corn ending stocks of 301.0 million tons were down to 1.3 million from last month.

Exports are lowered by 1.0 million cwt to 86.0 million with the decline for medium and short-grain on the continued weak pace of sales and shipments, particularly to the Middle East. Projected 2022 all rice ending stocks are 34.5 million cwt, up 1.0 million from last month but down 21% from last year.

The projected 2022 all rice season-average farm price (SAFP) is $0.20 per cwt higher at $15.90 per cwt. The long-grain SAFP is raised from $0.50 per cwt to $14.00 on expectations of elevated cash and futures prices for the remainder of the marketing year with higher projected U.S. wheat, corn, and soybean prices. However, the medium and short-grain SAFP is reduced to $0.50 per cwt from $21.60 on lower-than-expected NASS prices reported to date for California rice.

Rice supplies are raised from 4.9 million tons to 701.6 million, mainly because of the higher production for India, which is projected at a record 129.0 million tons, up 4.0 million. This was based on the government’s Second Advanced Estimates of Production and a favorable and extended monsoon season.

Global 2022 consumption is increased from 0.7 million tons to a record 511.1 million. The world trade is 0.5 million tons higher at 51.3 million on greater exports by India and Thailand. India’s 20222 exports are forecasted at 20.5 million tons which surpassed last year’s record of 20.2 million.

The projected 2022 world-ending stocks are raised from 4.2 million tons to a record 190.5 million, primarily because of the increases for India and Thailand. Resulting in India accounting for 22% of global stocks which is at 42.0 million tons.

Soybean exports are raised to 40 million bushels from 2.09 billion with lower production and reduced exports for South America. Soybean ending stocks are projected at 285 million bushels, down 40 million from last month. Soybean oil used for biofuel is reduced this month due to rising soybean oil prices.

The global soybean production is reduced to 10.1 million tons from 353.8 million. While the global soybean crush is lowered to 5.0 million tons on a slower than-expected crush pace for China and lower South American supplies. Sunflower seed crush is reduced to another 2.2 million mainly for Ukraine. Major markets impacted by lower Ukrainian sunflower seed crush and product exports include India and the EU. Lower sunflower product supplies in these markets are partly offset by higher soybean oil imports for India and rapeseed imports for the EU.

USDA projects an increase in 2022 U.S. sugar use combined with a reduction in supply to decrease ending stocks to 1,692,320 short tons, raw value (STRV) for an ending stocks-to-use ratio of 13.6%. U.S. sugar deliveries for human consumption are increased by 100,000 STRV to 12,300,000 based on strong to-date deliveries by beet processors and on higher-than-expected direct consumption imports through the end of January.

U.S. sugar supply for 2022 is decreased by 26,152 STRV as decreases in sugar production are only partially offset by increases in imports. Florida sugar production has decreased from 45,059 STRV to 1,959,570 based on lower sugarcane yield and sucrose recovery from processors’ analyses of the effect of late January freezes on the crop.

Raw sugar imports constitute about 62% of the total. Since the December 2021 sugar WASDE, the USDA has been projecting monthly high-tier tariff refined sugar imports at a bout 7,250 STRV. Extending this projection across the remaining 7 months of the fiscal year yields the 175,000 STRV projection.

This month’s 2022 U.S. cotton supply and demand forecasts are unchanged compared to last month. The projected marketing year average price of 90 cents per pound received by upland producers has remained the same.

In the World 2022 cotton balance sheet, ending stocks are 1.7 million bales lower than a month earlier. A 300,000-bale decrease in production accounts for some of this change, but most of the decline stems from lower beginning stocks, reflecting updated Indian consumption estimates for 2020 and 2021 to reflect Indian government sources.

World consumption is expected to grow 2.1% from a year earlier, which is below the 2.8% rate forecast in February. The production is projected lower as a 500,000-bale reduction in India’s crop that is more than offset by a 150,000-bale increase for Mexico.

The beef production forecast has been raised from the previous month on higher fed and non-fed cattle slaughter. Beef import and export forecasts are raised from last month based on recent trade data. Fed-cattle prices are raised on firm packer demand and declining inventories of fed cattle.

Pork production is lowered due to a slower pace of slaughter and slightly lighter carcass weights. The pork imports are raised on strong domestic prices, while exports are reduced on increased competition in some Asian markets. Hog prices are raised on observed prices to date and expected strength in demand.

Price forecasts for cheese, butter, nonfat dry milk, and whey are raised from the previous month on current prices, lower expected production, and continued demand strength. With higher product prices, both Class III and Class IV prices are raised. The all milk price forecast for 2022 was increased to $25.05 per cwt.